If there are any further problems, please let me know.

Posted by Neil Ennis at 7:45 AM No comments: 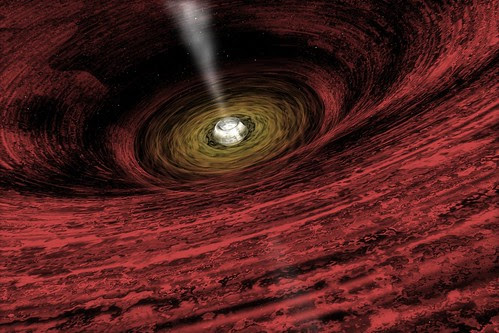 I’ve added a mandatory “Safe Search” filter to all images served up by ObSrv.

To most users, you won’t notice any difference, but the problem was that some people were using ObSrv to generate adult images, which got me in trouble with Google Adsense.

This is a business decision, not a moral one. Using ObSrv to generate adult images would get my Adsense account cancelled. No Adsense income = No ObSrv. Everyone would lose. So the simplest solution I could find was to block anything that didn’t pass the Google “Strict Safe Search” test.

Posted by Neil Ennis at 9:30 AM No comments: Close your eyes and imagine a clock face with hands and numbers.

Imagine the clock face as a whole.  Try not to think of just parts of it.

In your minds eye can you see the individual numbers on the clock face all at once?

I have to “zoom” in to each part of the clock to see all the numbers. I can’t see them all at once.

If the brain can’t do this while we’re awake, then it’s no wonder we don’t have vivid details of items when we’re asleep and dreaming.

If our brains imagery has such low resolution, why do we seem to have such hi-resolution memories?

Maybe it’s different for you.  But that’s how it is when I try it.

This whole experience helps me understand how my brain visualizes things.  It’s not like the “Pictures” folder on my computer.  I don’t store high-resolution pictures in my head.  I think it’s more like a short-hand way of reconstructing a picture.  Without realizing it my brain says  “A clock is a circle.  And it’s got numbers around it from 1 to 12.  And it has hands.  And it ticks”.

Perhaps it’s like that for someone’s face as well?  Do you know every freckle, mole or scar on your partners face?  When you think about it, how much detail of someone’s face do you actually remember?  I think perhaps we actually store a low res “caricature” of a persons face in our brain, and when we see that person, we match what we see of their face with the low res memory of it, and somehow our brain can recognize that the two things represent the same person.

I think our physical perception of reality is a lot less detailed than we realize.  When we look at a page in a book, there’s only a small circle of our vision that can actually see fine detail – about the width of our thumb held at arms length.  If you hold your thumb in front of a book held at arms length, and focus on your thumb, you’ll find it almost impossible to read the book.  That’s because the Fovea (the bit that sees detail)  in your eye only occupies a small part of your Retina (the bit that actually sees things).  But our brain manipulates us to think that we can see everything in detail, because our eyes dart around, and our brain puts all the jigsaw pieces together.

So next time you’re certain you saw something, remember that what you saw, what you thought you saw, and what you remember seeing are all totally different!

Isn’t the brain an amazing thing?

Posted by Neil Ennis at 2:05 PM No comments: